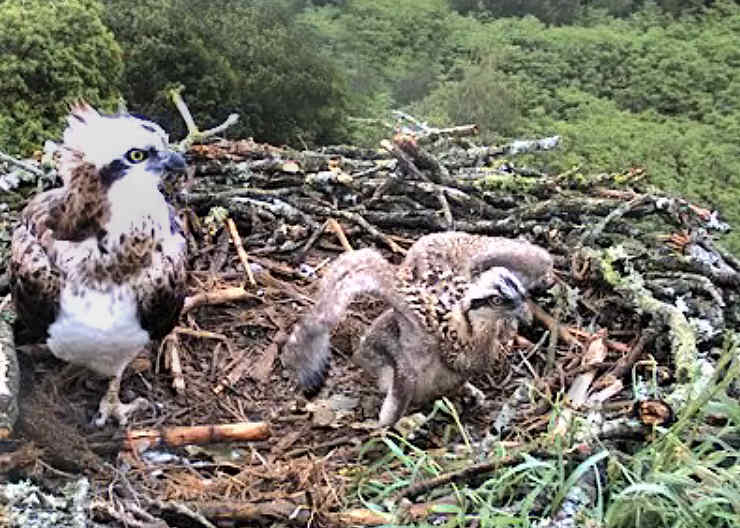 ‘Vic’, short for Victory, it’s the nickname that we’ve chosen for the eldest of the chicks, the only one of the three to survive the terrible rainstorms that raged on the Loiret region at the beginning of June.

Victory of the instinct for survival, of the survival of the fittest that nature can offer when the elements blindly league together against life.

Victory of Sylva and Titom that bravely did their best during the crisis to at least save the least vulnerable of their young.

In return, we received the enthusiasm of the public that we were so hoping for. In less than three months we have responded to over 460 comments (not one was negative). 31 000 viewers looked at 283 000 pages of the website during 131 000 visits.