It’s not the first time that one of their own comes to provoke our couple of ospreys at the nest.
On April 2nd, a bird ringed in Germany (black ring with white letters on left leg) actually landed briefly on the nest while the couple were there.
The day before yesterday, in the morning, there was again a long alert and a spectacular aerial chase because with three eggs in the nest there’s no question of kidding around anymore. 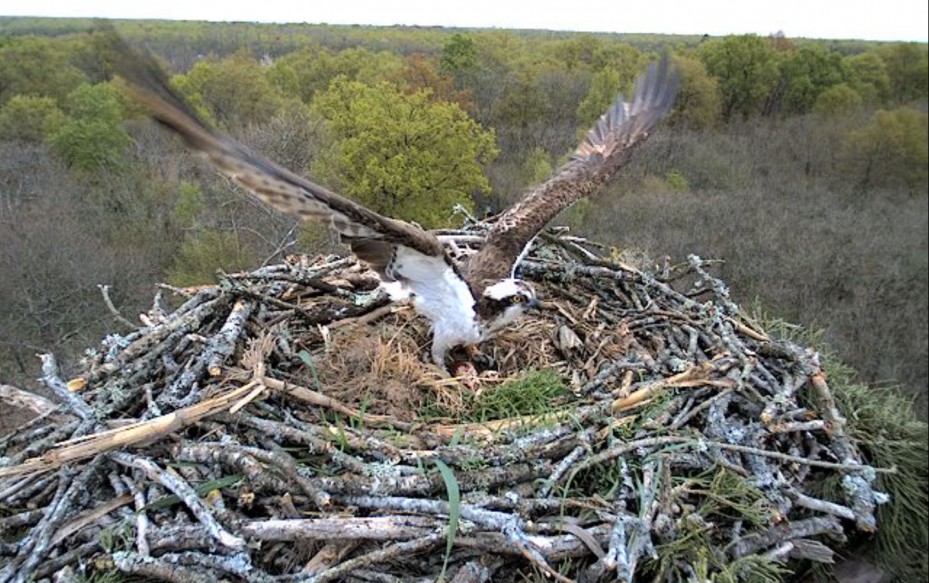 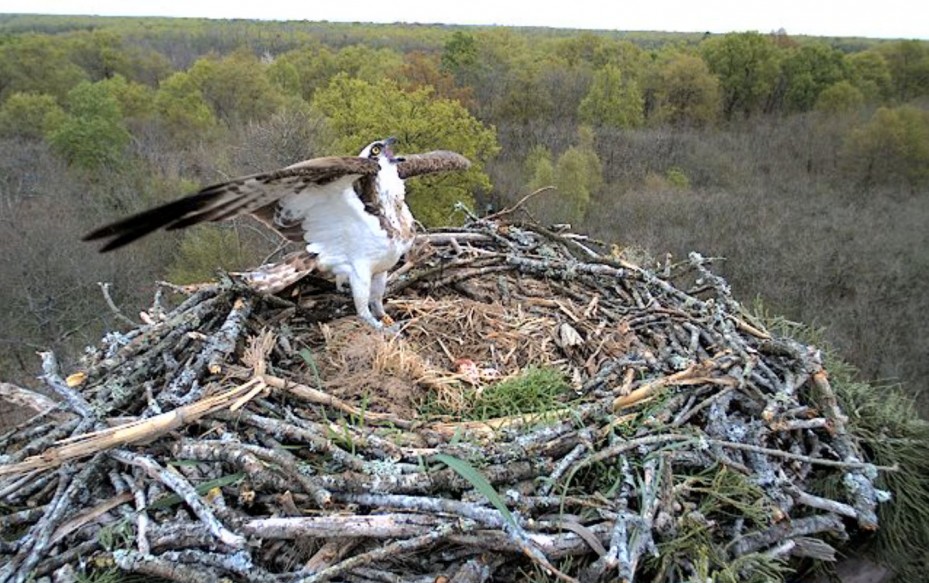 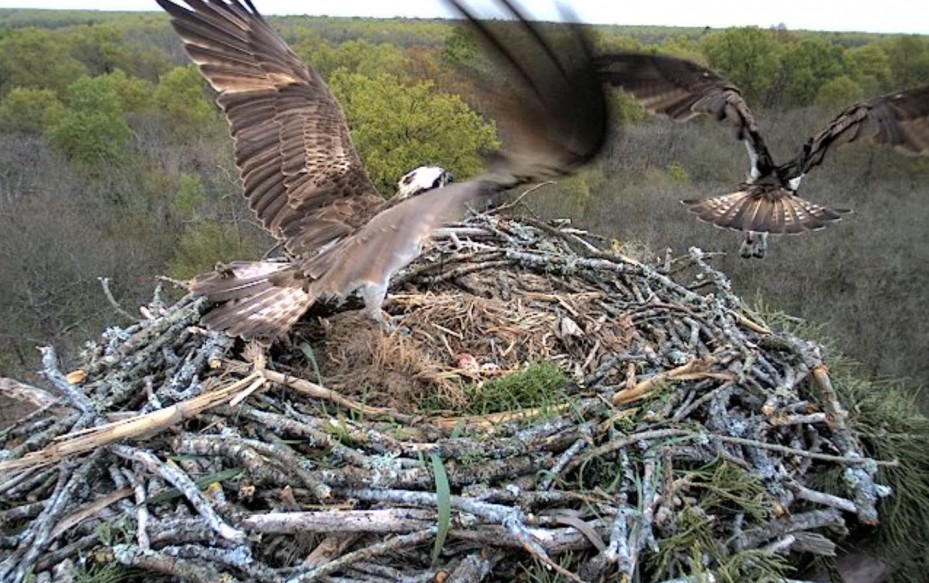 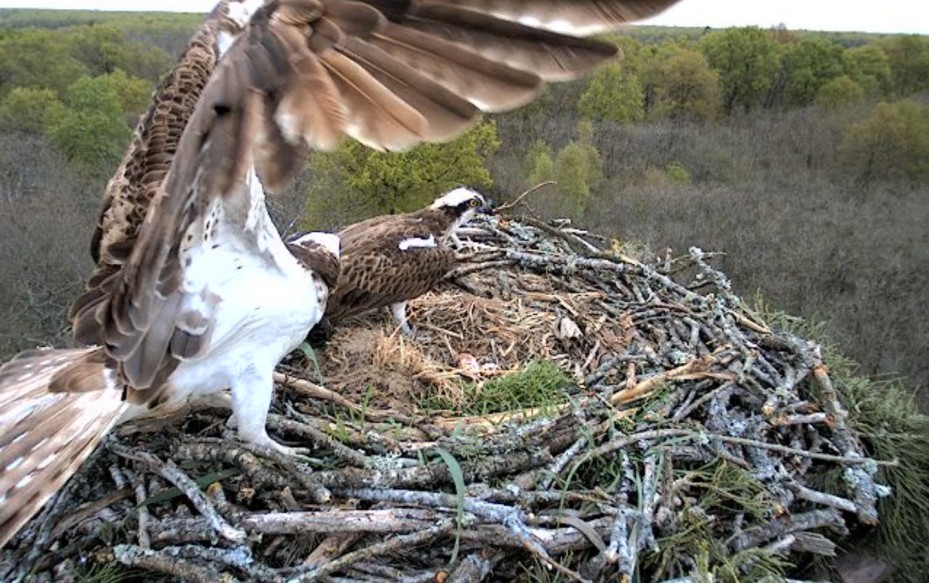 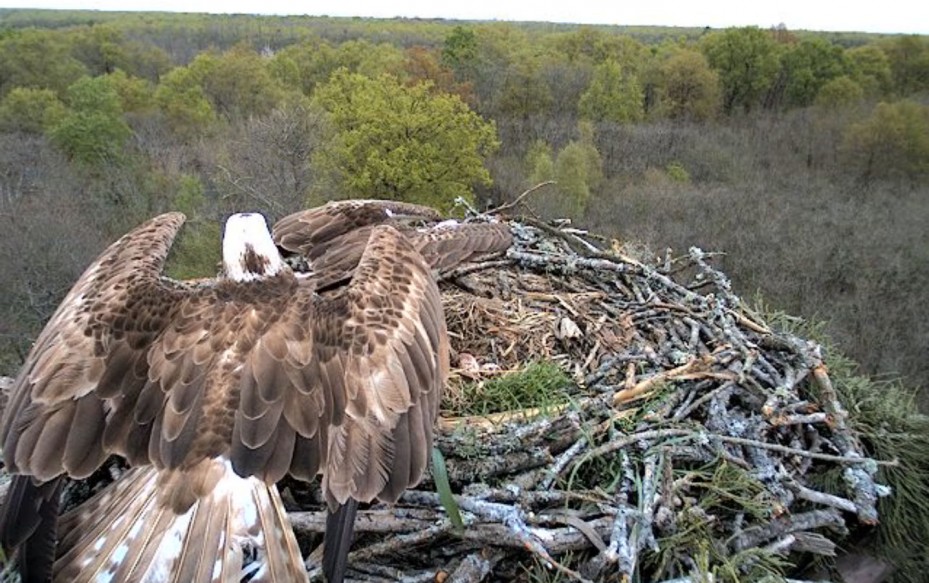 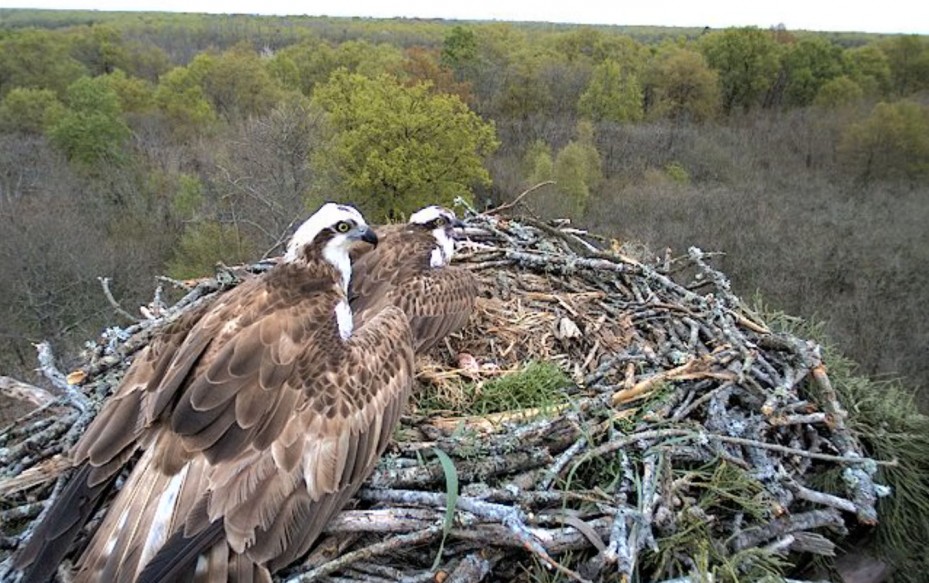 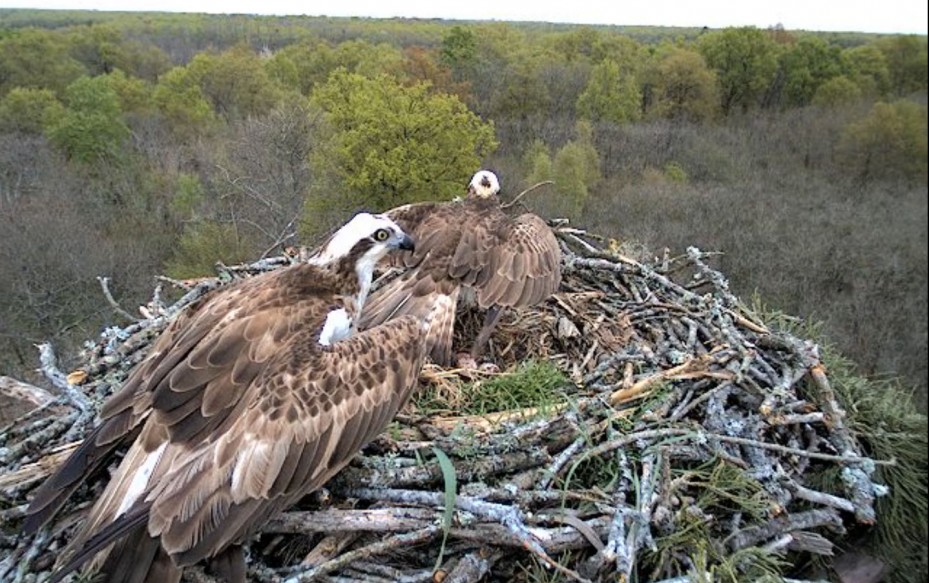 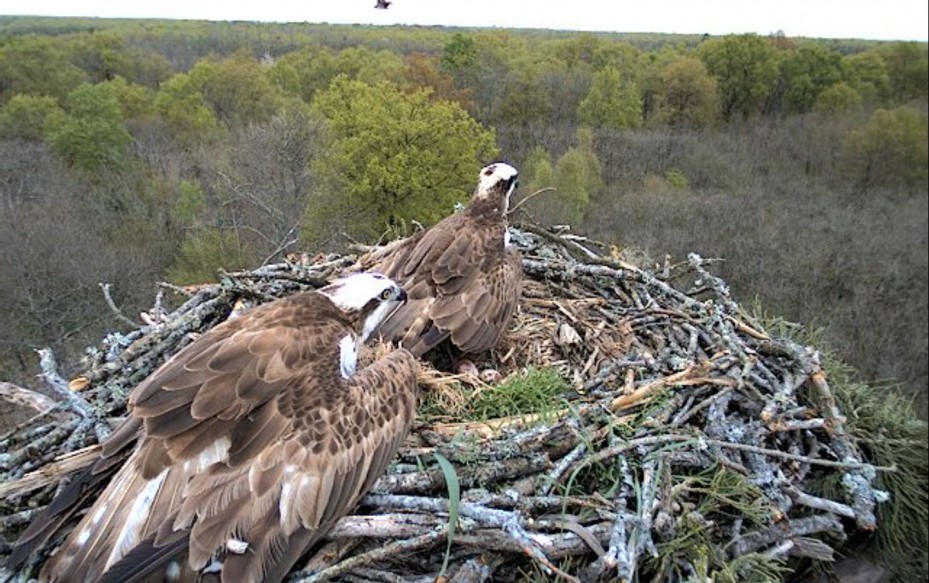 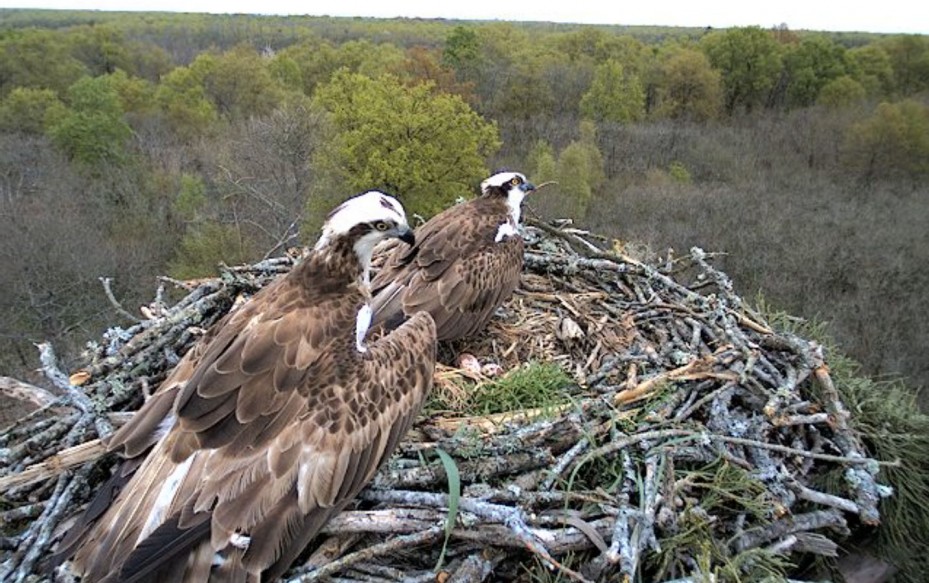 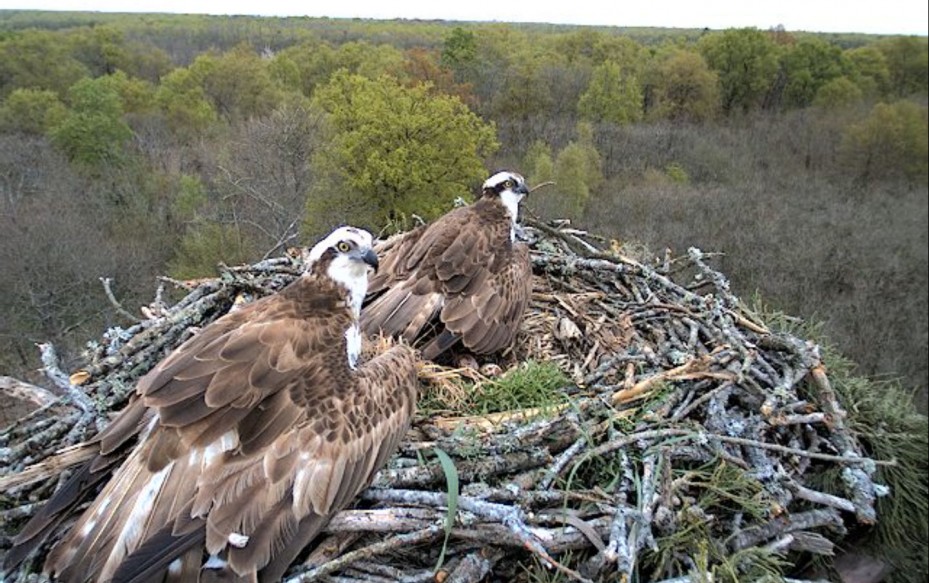 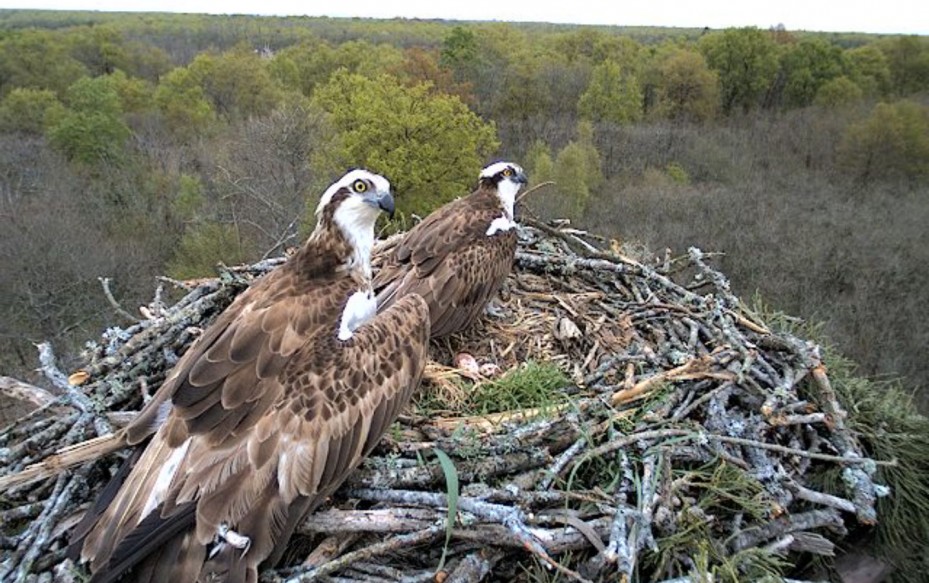 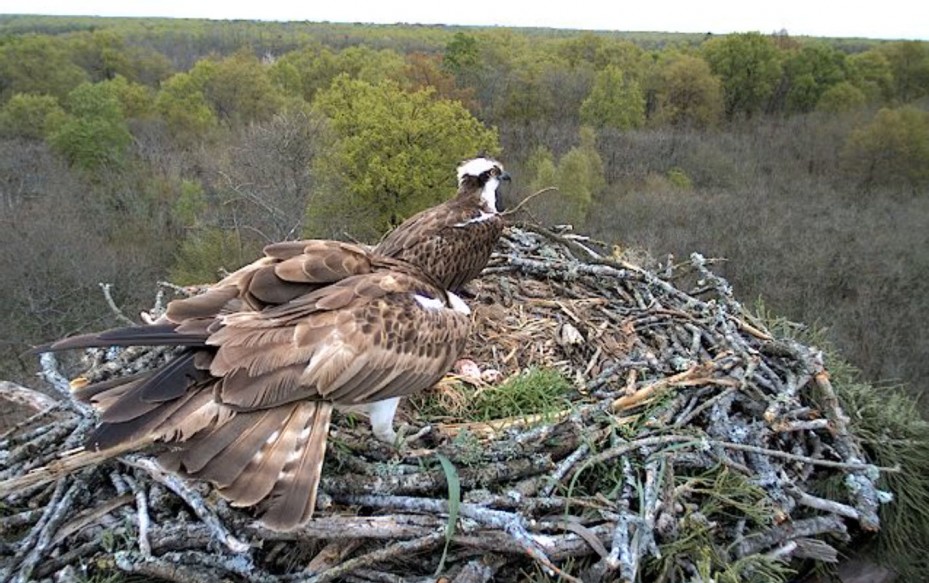 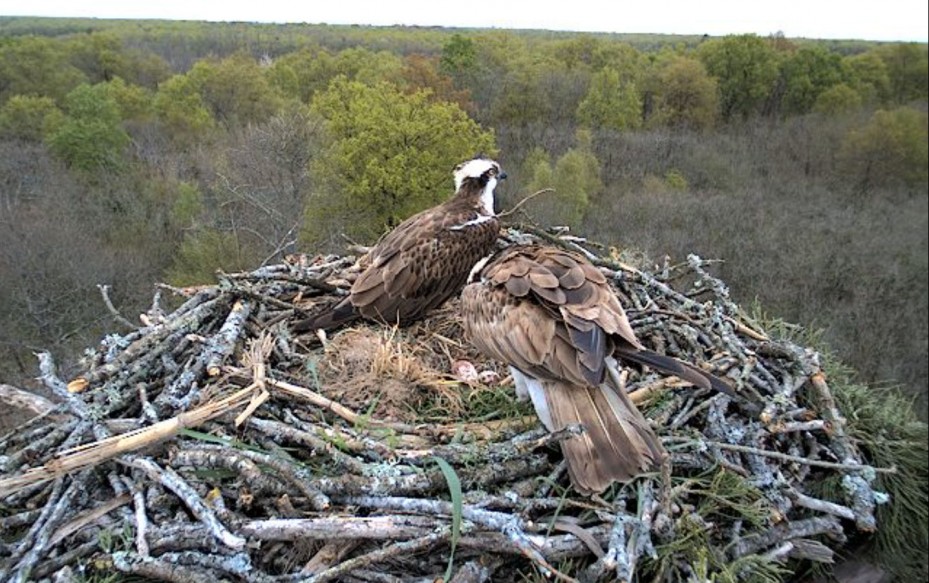 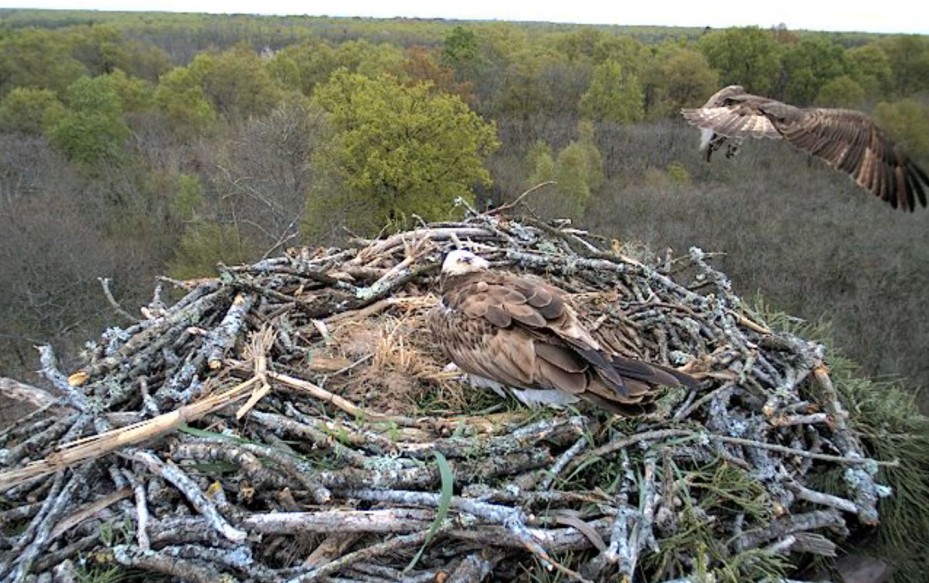 Titom, getting up off the eggs, stops the intruder from landing and he just brushes the nest before flying off and circling again.
On the photo you can just about see a black ring on the left leg of the intruder so it could well be the same bird as on April 4th
Sylva comes down from the nest perch and helps defend the eggs, both birds in threat posture, and a few minutes later things start to calm down again.