The torrential rain that flooded the department of the Loiret, it’s villages and population, it’s roads and highways, it’s houses and fields…has also hit the natural world and it’s countless visible and invisible inhabitants. The damage is devastating for the wild animals, much of the reproduction has been destroyed in vast numbers.

But we won’t be seeing any of that in the media headlines. It won’t affect the national economy, or our own personal finances.

At the osprey nest in Mardié – that more and more of you are following on the webcam with attention and passion– in spite of Sylva’s obstinate protection of her brood, in spite of the regular food supply brought by Titom in the worst possible fishing conditions, the two youngest chicks have not been able to survive the rain, the cold and the exhaustion.

The violence of the rain and the knowledge that it would continue for days had led many of us to fear some days ago that the brave fight of the parents would not be enough to save them. 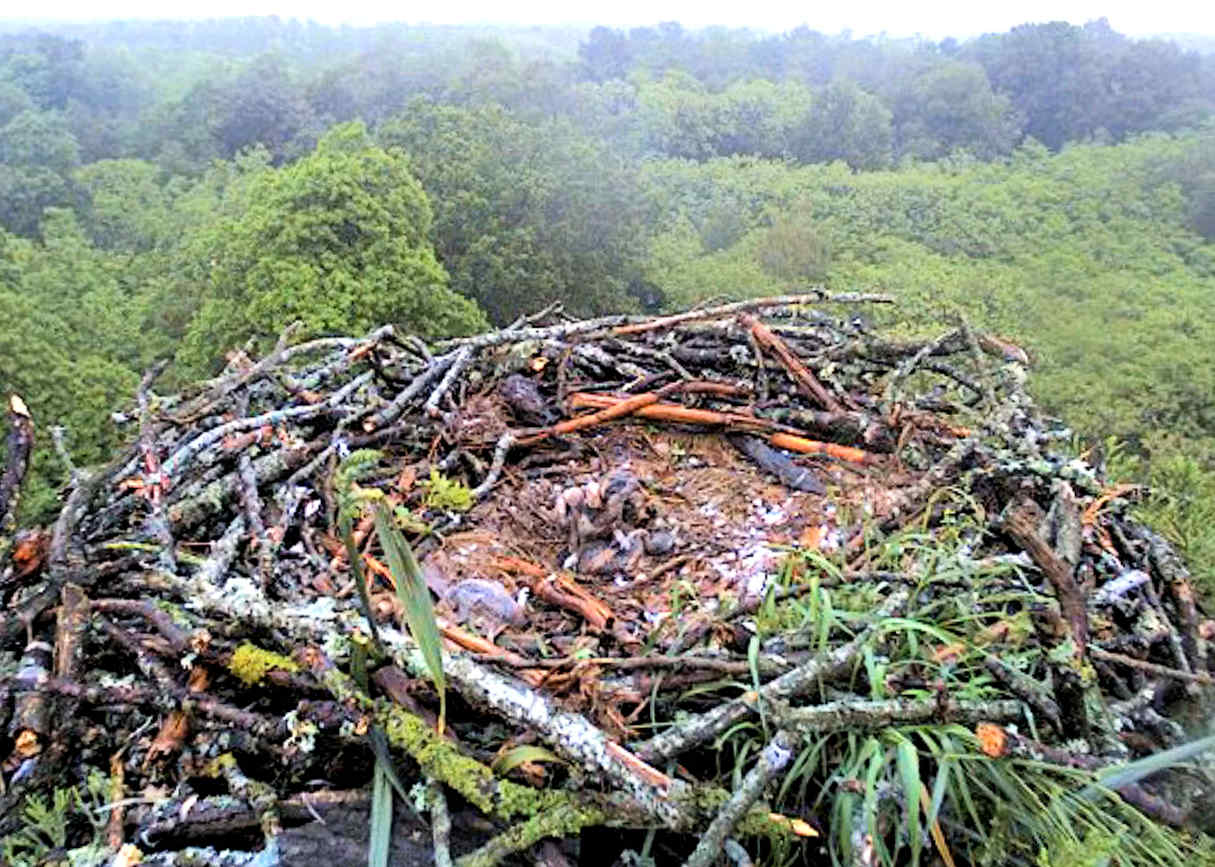 On June 2nd, a little before 9 a.m., Sylva lifted off the brood and we could see that the second chick, already very weak the night before, was immobile : Only the oldest sibling was still moving.

He is then the single surviving chick of this long and uninterrupted series of rainfalls that have lasted several days. This exceptional bout of weather has produced three months of normal rainfall in just a few days.

Many of you have sent messages or have asked questions that we’ve done our best to answer as clearly as possible but we’ve also shared with you for the first this complete live coverage. There are many aspects of the behaviour of these heroic wild birds that we don’t yet understand, particularly in this kind of exceptional situation that changes the usual routine.

For those that need more explanations, the information in the previous article tells as much as we can of this painful episode along with some philosophical comments about the relationship between the human world and the terrible struggle of the animals that are going on so close to us. 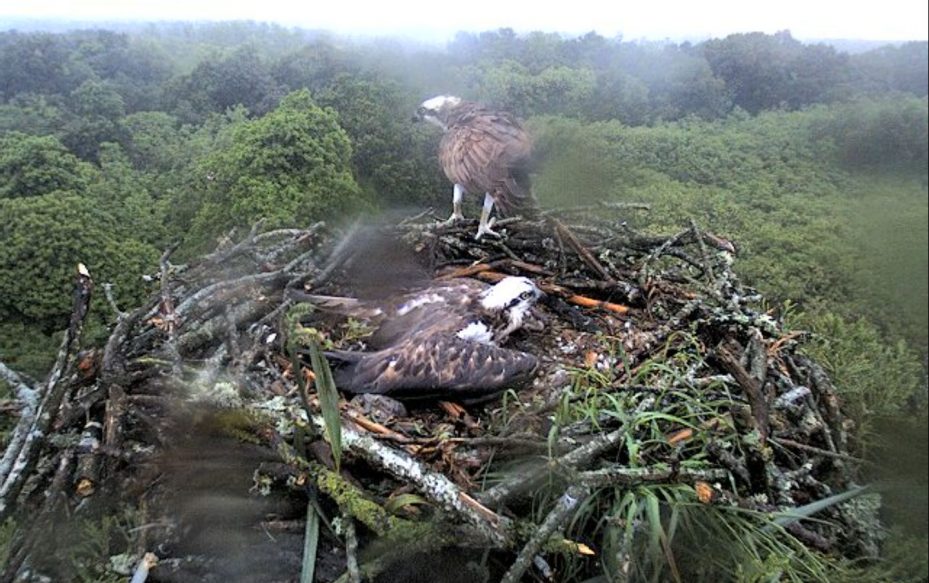 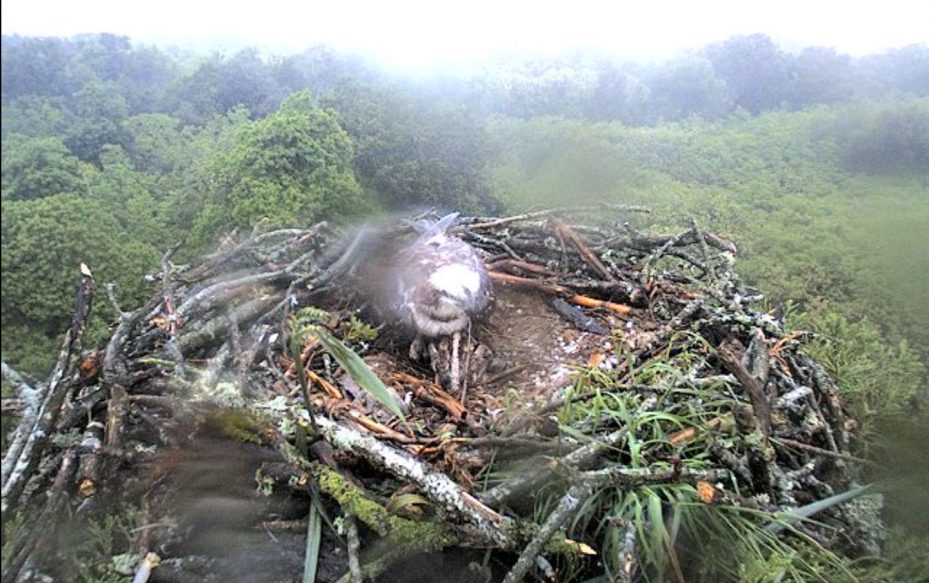 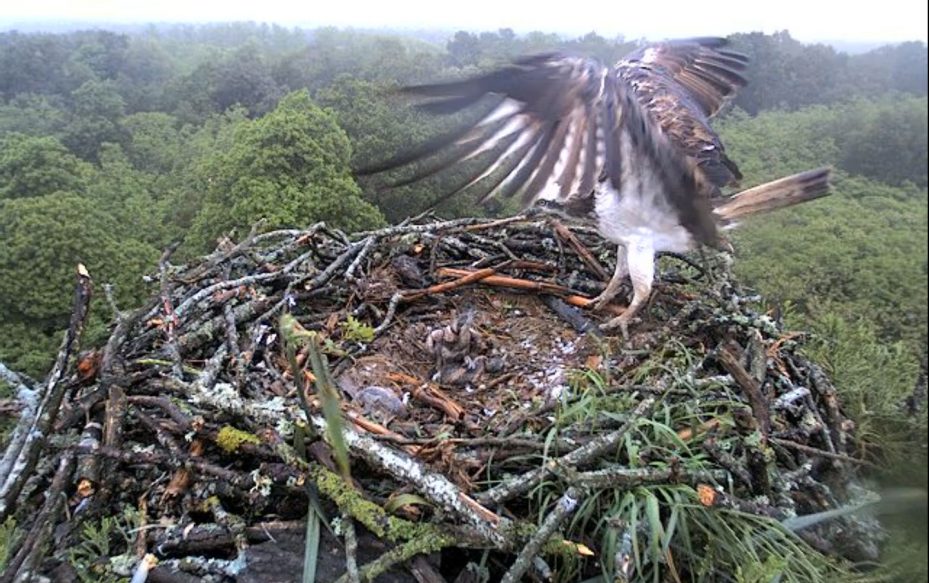 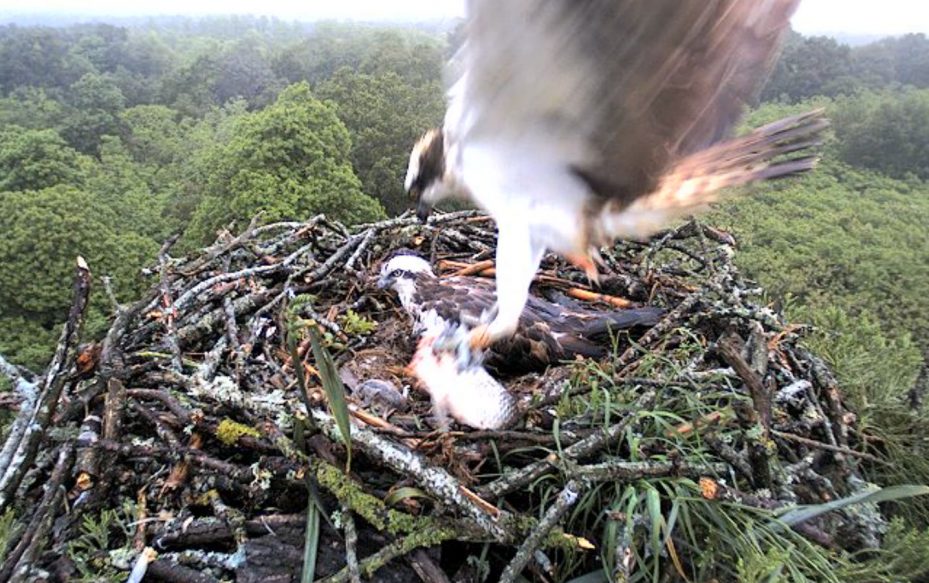 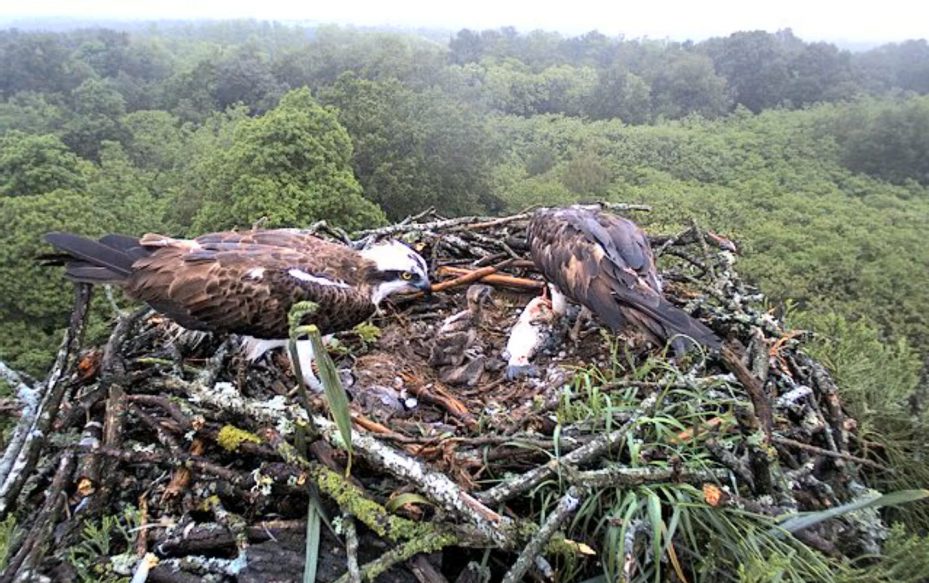 Translation to English from French by Ian Stevenson.