We were expecting it and yesterday had announced it for this morning : at 08.46, the 2nd egg was visible for just a few seconds.

Stay around for the third ! 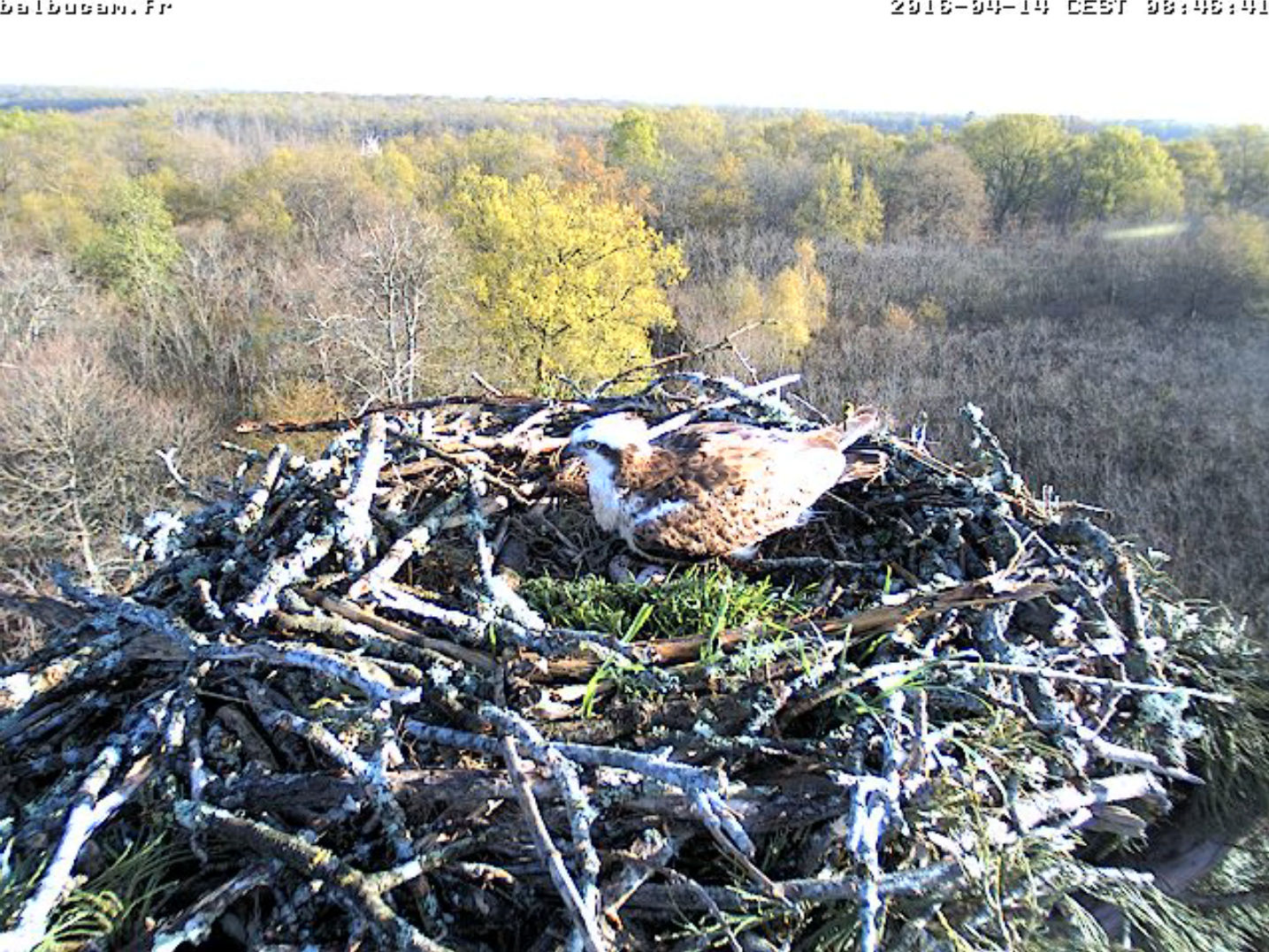 At dawn the female is lying in the bottom of the nest and doesn’t move : an encouraging sign. We had to wait until 09.20 when Titom arrives, to see her get up and give us a glimpse of her first cream and ochre brown egg of the 2016 season.

While we’re preparing the video here’s a little slide show summary of the scene. 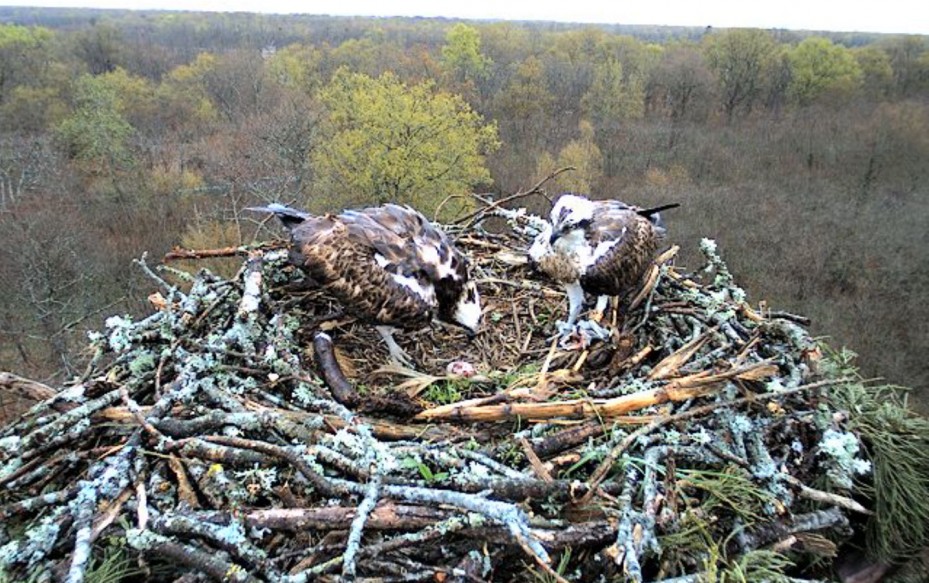 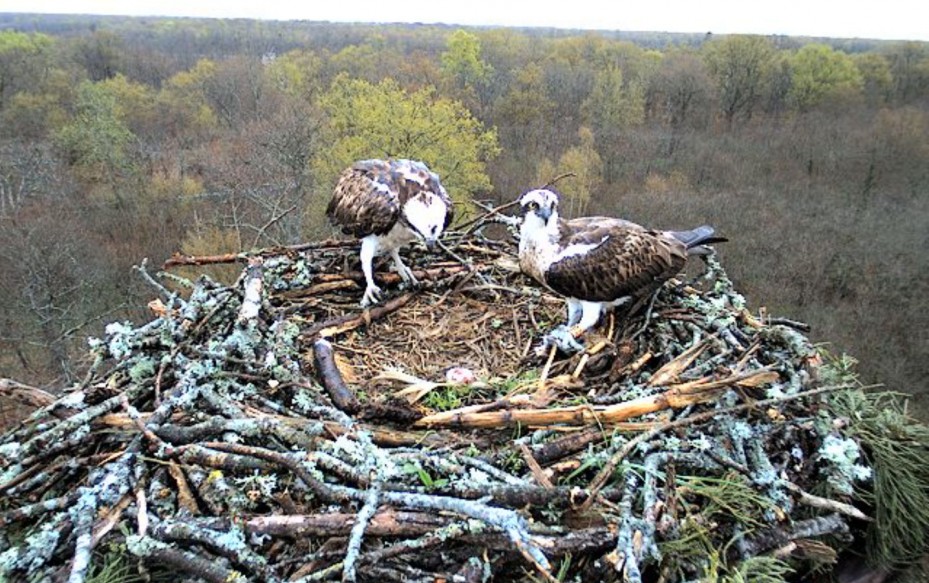 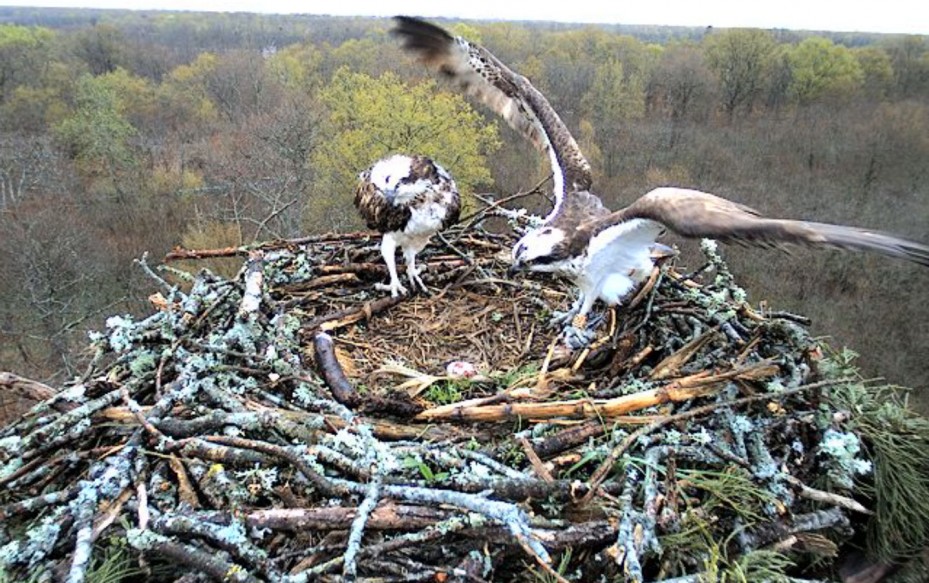 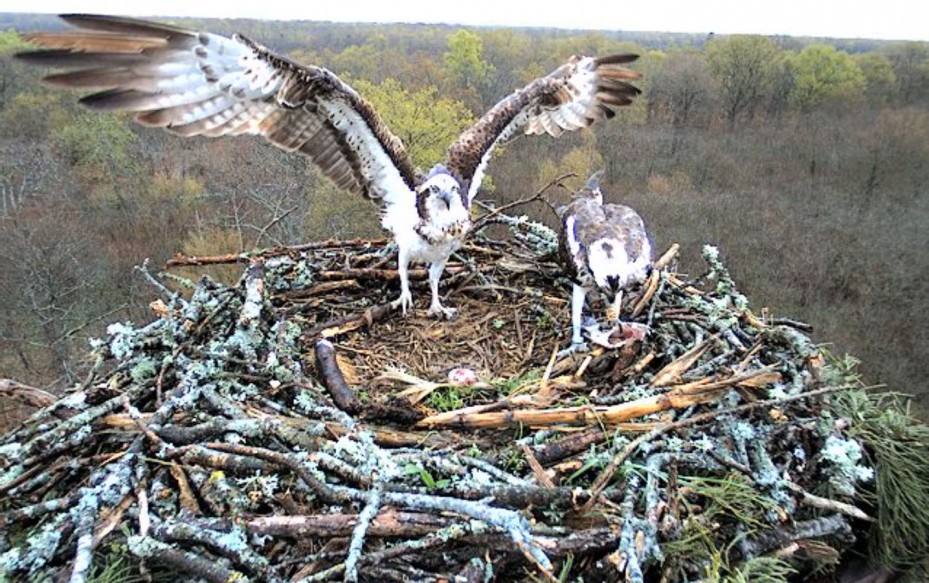 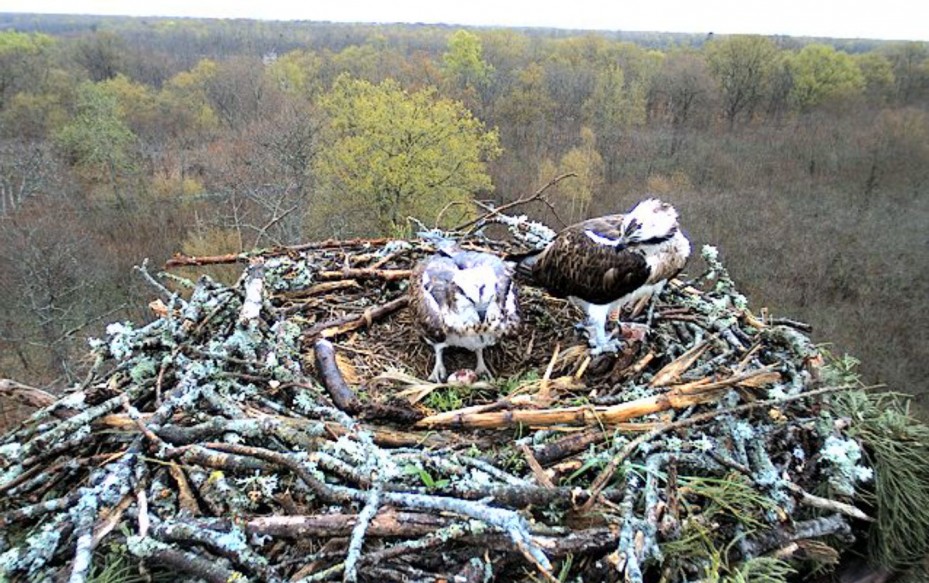 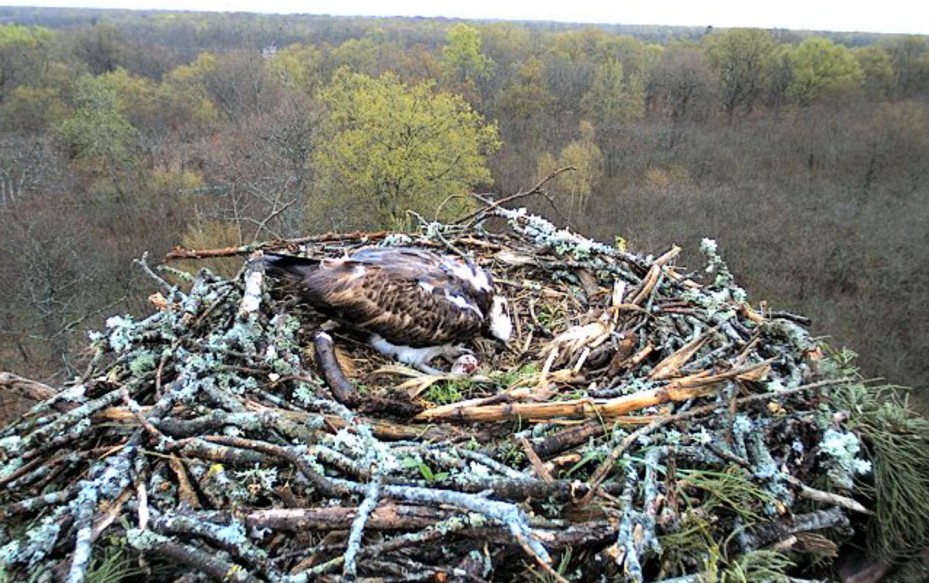 In 2014, the same couple arrived togather on the same date, March 23rd and Sylva started to sit eggs on April 13th.

The first egg to hatch can be expected between May 19th and 21st.