Wednesday May 31st : As the day dawns slowly on a darkened world, the rain that has been hammering down now for hours and hours drowns out the usual sounds of the forest.

When the blacked out screen of the webcam finally shows a picture a rain soaked Sylva is still lying on her brood : the same image that the day before was only briefly interrupted by three or four rapid feeds.

Soon after 9.30 a.m. Titom joins her, she stands off the chicks and gives a brief glimpse of one of the young, lying motionless in the bottom of the nest, while the other two are moving around. A worrying sight. 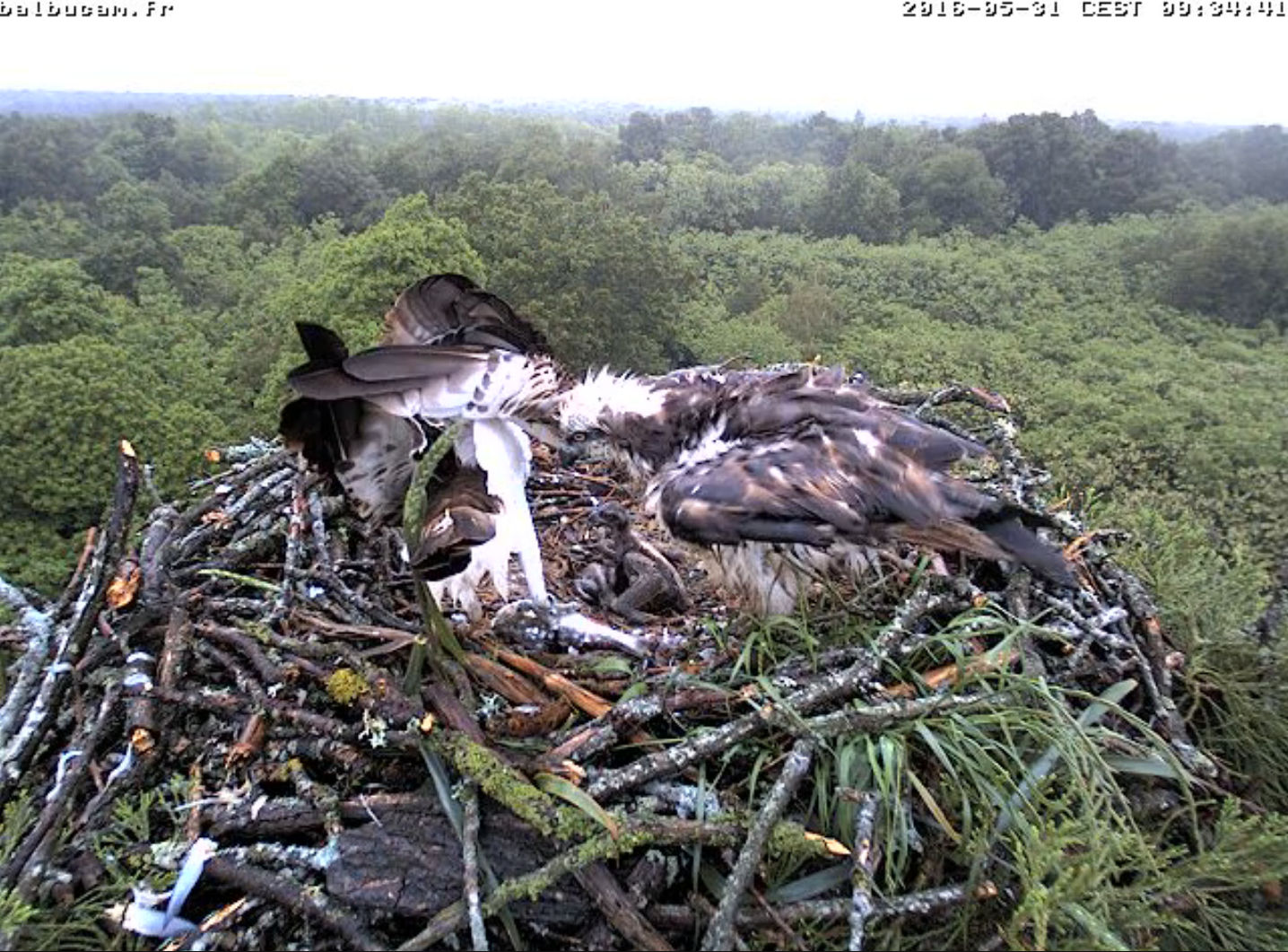 The worry then turns into a probability, and then certainty during the feed at 2 p.m. One of the chicks has died.

It’s probably the youngest : weaker than the older two and unable to resist the cold and the damp, fed less than the other two who were more aggressive during the feeds ; pushed around also by the older sibling and possibly crushed during the fight for shelter under the parents.

Life in the wild is not a story of Teddy bears, it offers some wonderful moments but death is waiting in many forms, always ready to take the weakest… 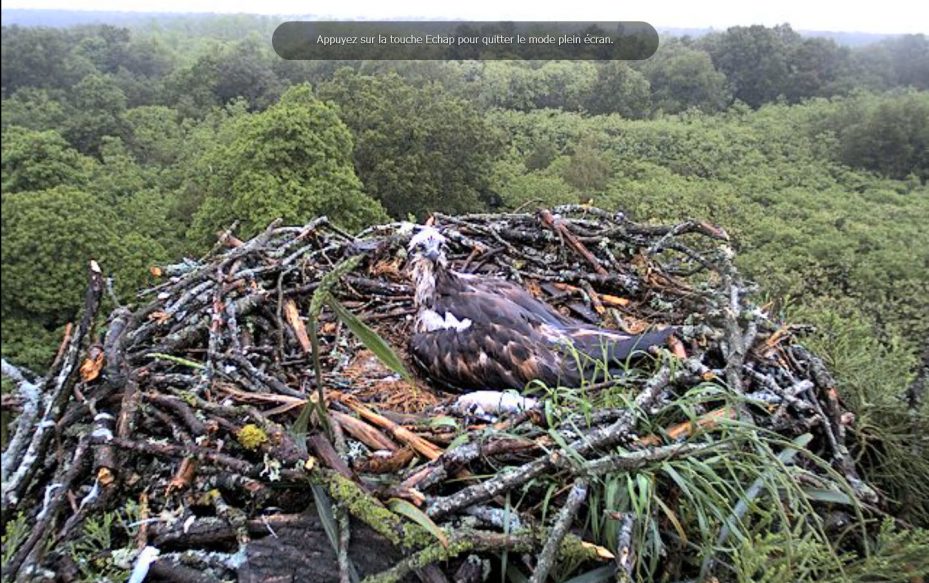 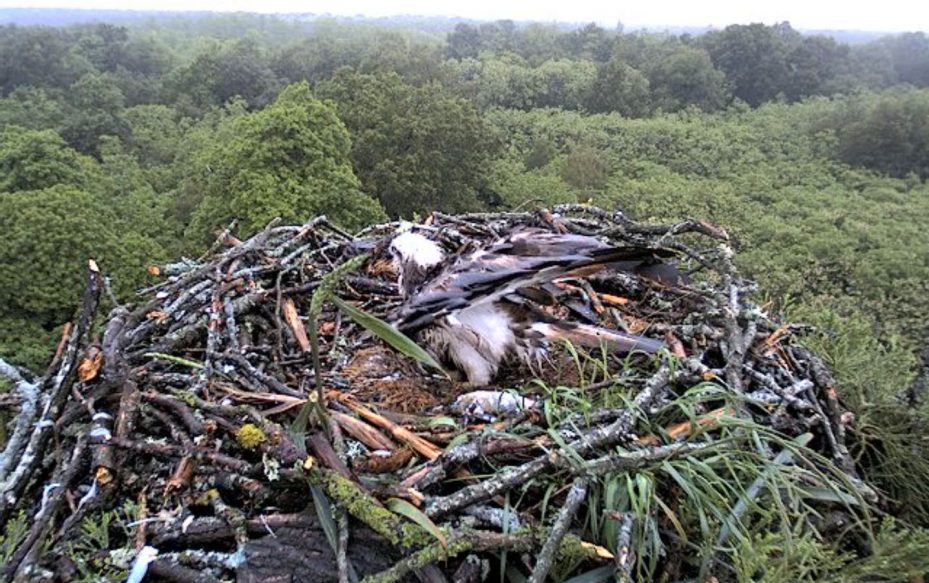 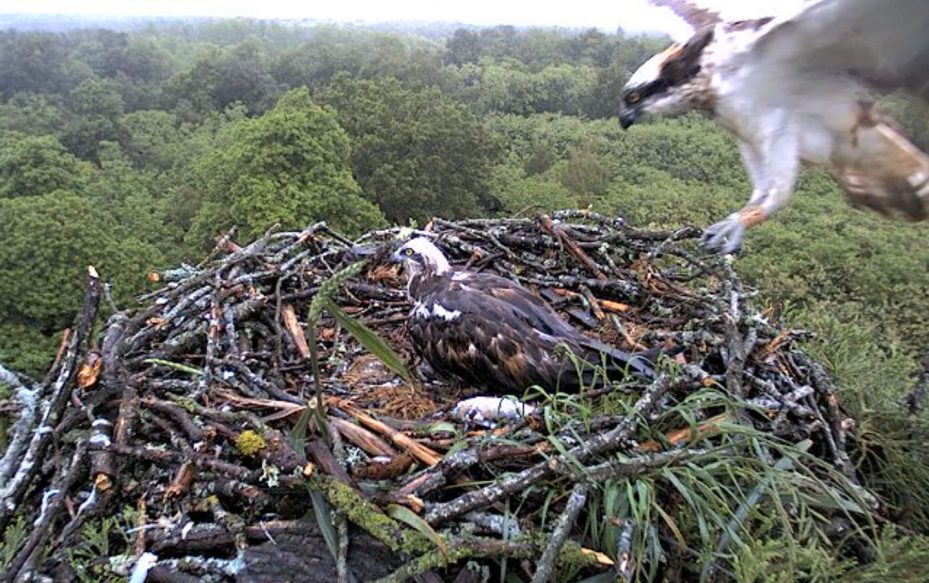 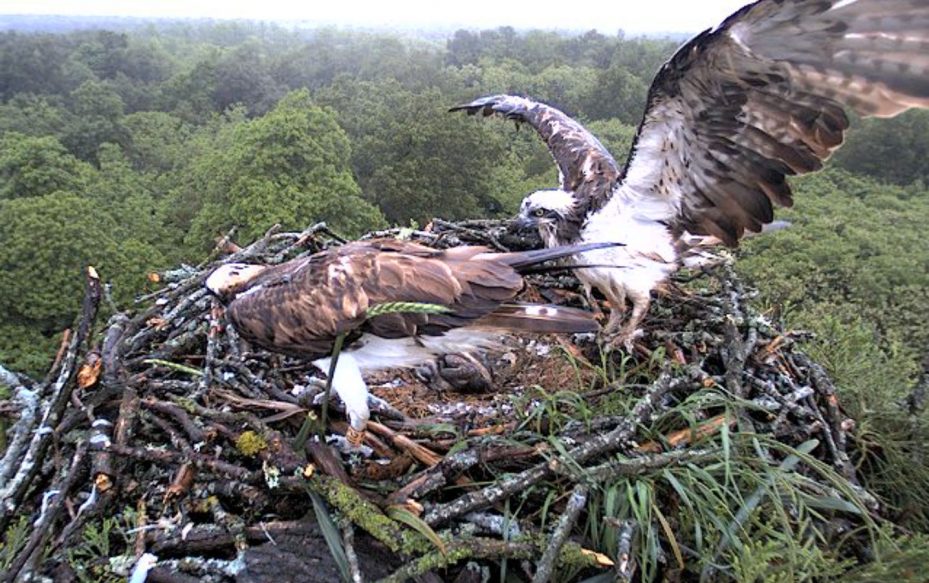 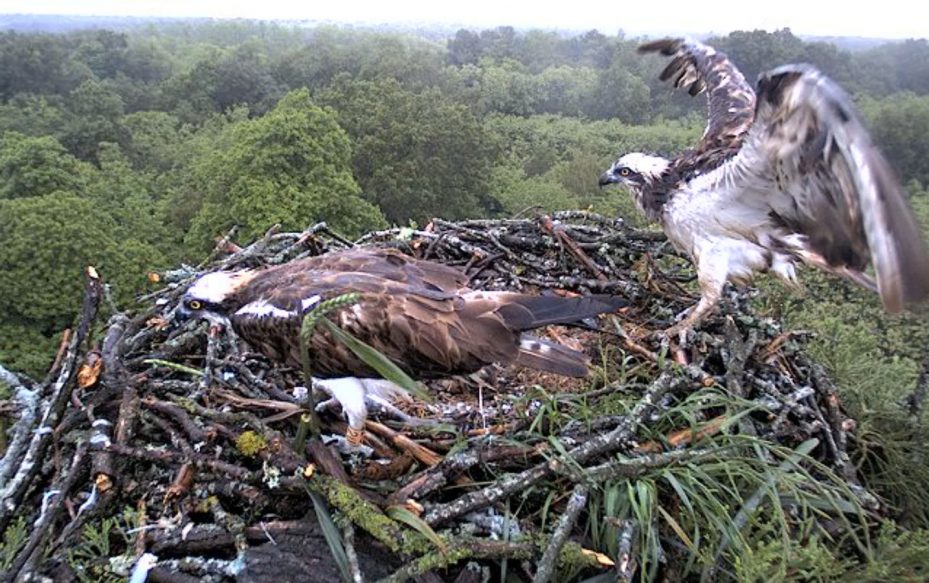 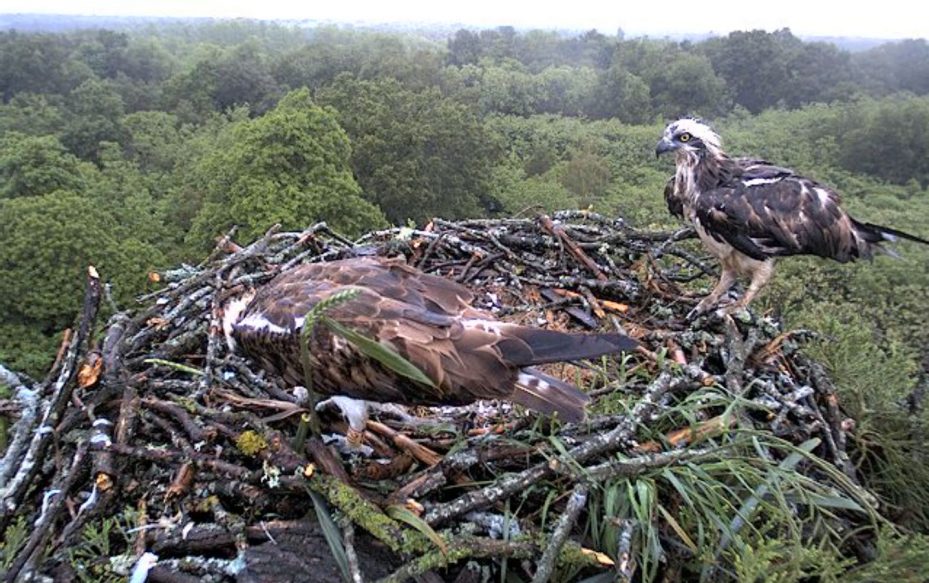 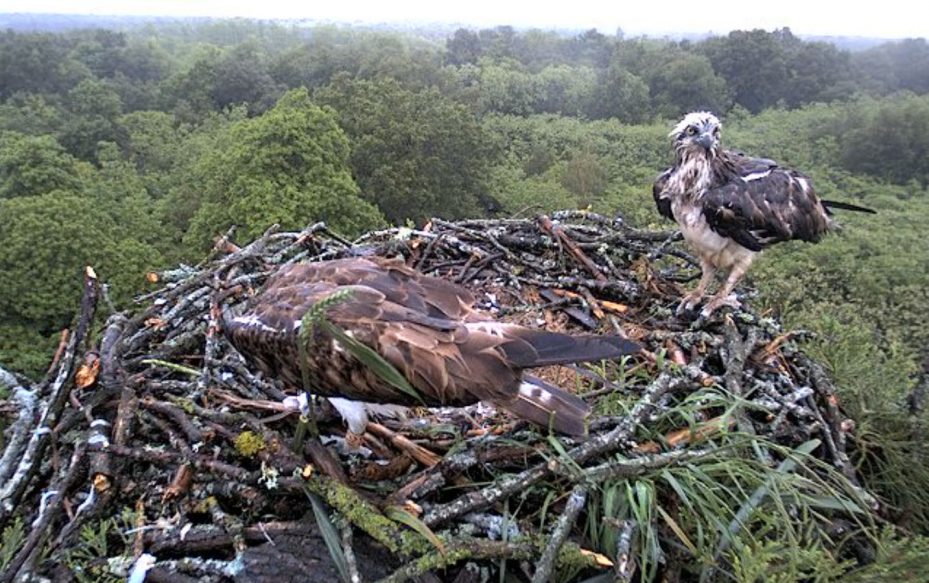 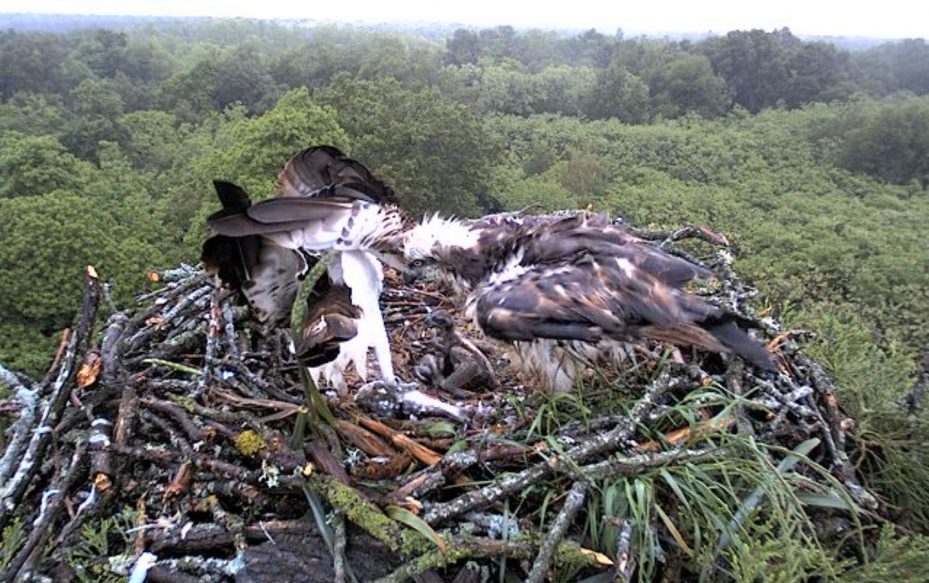 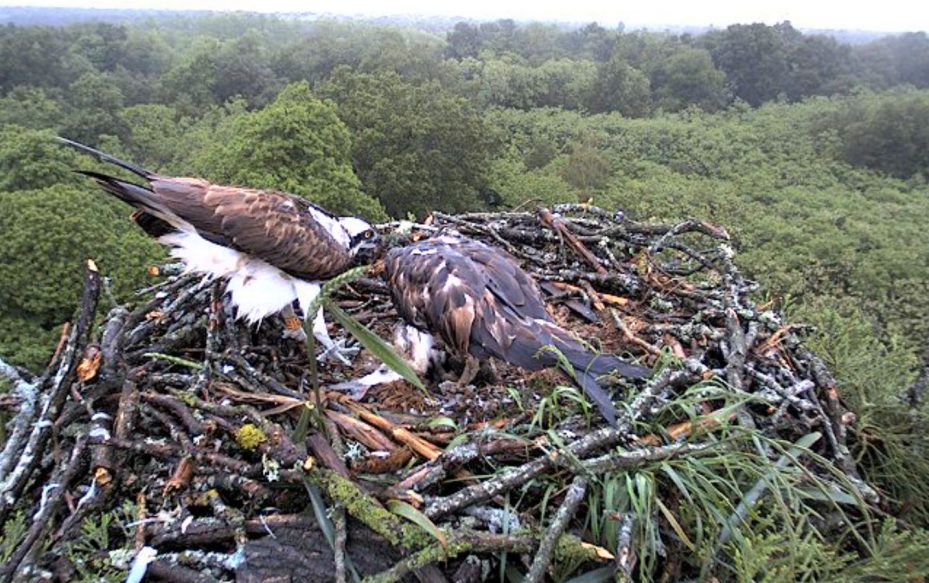 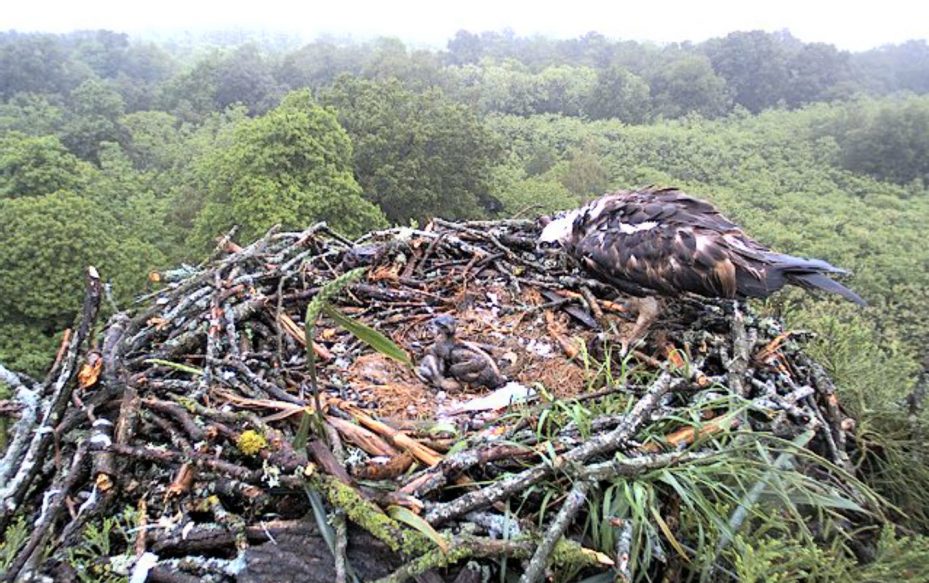 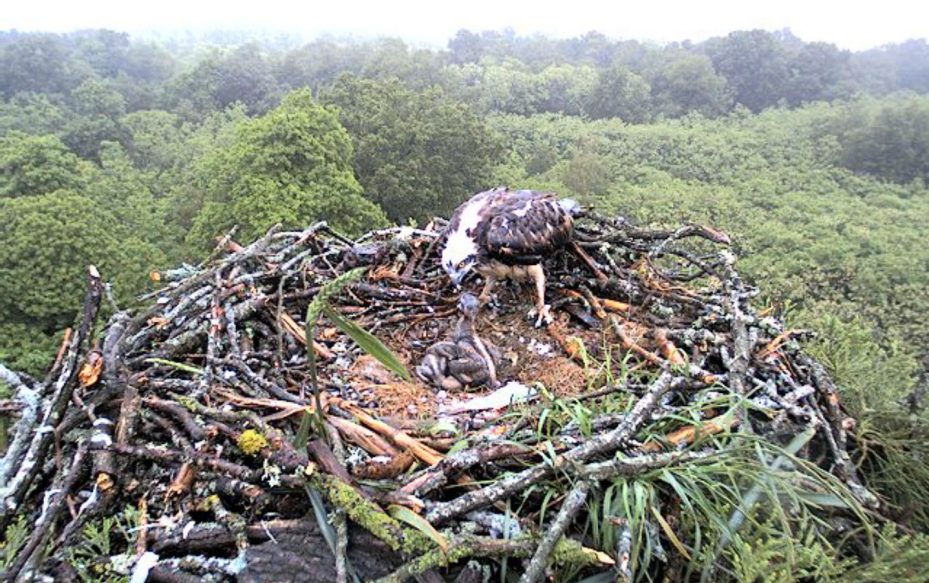 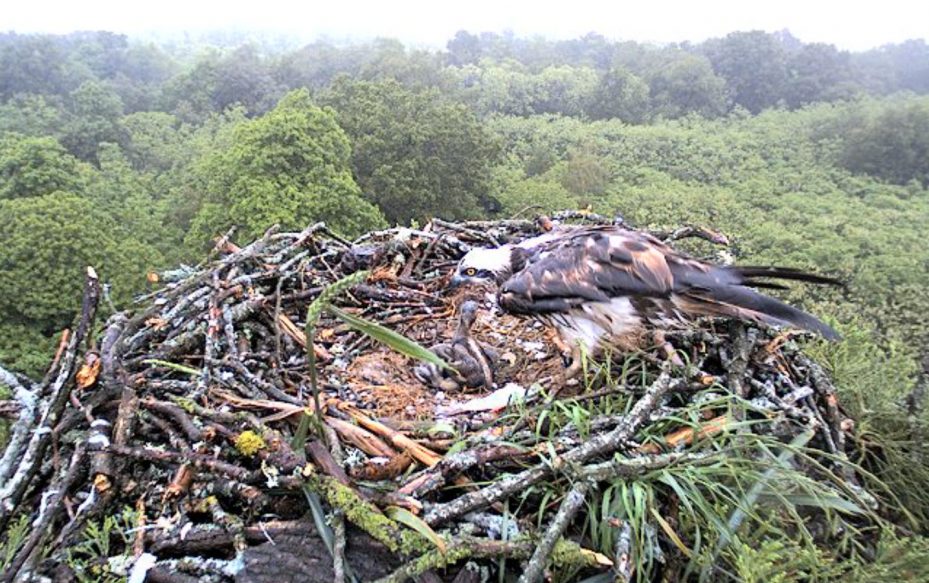 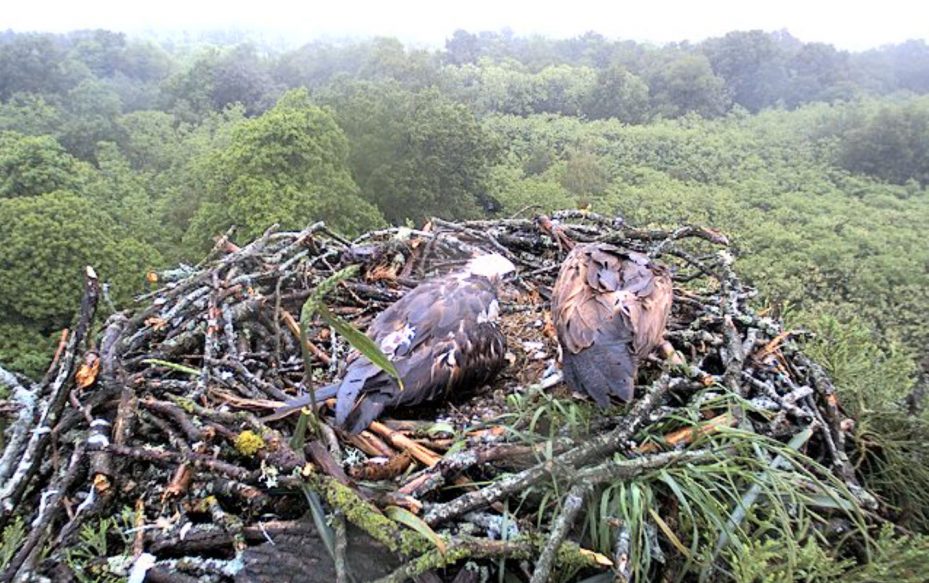 Translation to English from French by Ian Stevenson